Astrology plays a major role in the interpretation of Tarot cards and spreads derived from the spiritual current represented by the Hermetic Order of the Golden Dawn, an esoteric order that was founded in Great Britain and was active from the later part of the 19th century until the early part of the 20 century. 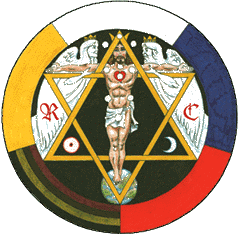 From this spiritual current four Tarot decks emerged: The Waite-Smith Tarot; The Thoth Tarot; The Golden Dawn Tarot and the BOTA tarot and each of these decks can be linked to four men who were instrumental in bring them to birth, respectively: Dr. Arthur Edward Waite; Mr. Aleister Crowley; Samuel Liddell MacGregor Mathers and Paul Foster Case.
The following blog post will discuss the relationship of astrology to the Tarot decks which emerged out of this spiritual current in Western civilization. While these astrological concepts may be applied to other decks, it is outside the scope of this discussion to attempt to accurately apply them to any deck not derived from the spiritual current of the Hermetic Order of the Golden Dawn.

The application of astrological meanings to Tarot decks derived from the Golden Dawn spiritual tradition is somewhat specialized and structured specifically towards the Tarot. It varies in some ways from the common meanings associated with astrological practice in the interpretation of Natal birth charts and should not be confused with Natal, Sun Sign, Horary or any other form of conventional astrology.
To attain a comprehensive understanding of the relationship of astrology to the Tarot, we must first build a foundation from which to proceed as we must first come to understand the meaning of the Ancient Elements, Planets and Signs as they apply to the Tarot.
As promulgated by the Order of the Golden Dawn, the Tarot system uses only the seven sacred planets of the ancients (Sun, Moon, Mercury, Venus, Mars, Jupiter, and Saturn) and does not use the outer planets of Uranus, Neptune and Pluto. The outer planets have been grafted onto the decks by later interpreters but were not utilized by the Golden Dawn.

The Seven Sacred Planets of the Ancients

The Signs of the Zodiac

The Suit of Cups

The Suit of Pentacles

The Suit of Swords

The Suit of Wands

The relationships that have been presented in this post can be of great value in Tarot interpretation within the context of reading on certain questions as, according to the Golden Dawn, they reflect the most fundamental underlying astrological energies related to the cards. The astrological associations with the Tarot cards are important in that they embody the expression of the energy and meaning of their astrological associations and express them in symbolic form.

It is of course the judgment of the Reader as to what weight to assign to the astrology of the card within the context of a specific reading or whether to use it at all.

I hope that this information will aid you in expanding your understanding of the Tarot decks emerging out of the Golden Dawn tradition as well as be of value to you in your own usage of the Tarot.

It was reading Lon Milo Duquette’s Understanding Aleister Crowley’s Thoth Tarot, that helped me with the last stages of understanding this system. It’s with full credit to Lon that I write this article.
Pattern recognition is the number one way humans interpret experience.

When an interesting experience happens; you note the pattern. When you see the same pattern again, you know what to expect. It’s the same with Tarot readings. The recognition of patterns is what allows you to make predictions. The more patterns you notice, the sharper your predictions will be.
The quickest way for you to understand the structure behind the Golden Dawn’s astrological associations, is if I gradually introduce some specific patterns, and systematically build upon them.
This article will start from the very beginning, with each new pattern building upon the last … until they reveal themselves. This understanding will allow you to use rationality to access your intuition, and predict when events will happen.


In the last article, I said I was going to change the order in which I presented information. Normally I’d explain why something works before suggesting ways to practice. This time I think it’s much more useful to you if I show you how to do it, before I explain it. This article is a continuation of how to use this system — not an explanation.

The first pattern to become aware of is the 12 signs of the zodiac.
There are two basic categories from which all the signs draw their characteristics: elements (triplicity), qualities (quadriplicity).

In astrology each of these signs is allocated an Element — Fire, Water, Air and Earth.
The Golden Dawn then assigned that structure to the Minor Arcana like this:
In astrology, the 12 signs of the zodiac are also categorised according to their qualities, or mode of expression — Cardinal, Fixed or Mutable.
Cardinal signs serve as generators of activity. A good example of this would be to look at the pattern of the seasons. The start of each season is brought in by the Cardinal signs: Aries brings in Spring, Cancer brings in Summer, Libra brings in Autumn and Capricorn brings in Winter.
Fixed signs serve as concentrators of energy (the middle of the season) and Mutable signs serve to transfer energy (the ending of one season and the start of the next).
The Golden Dawn assigned that structure to the Minor Arcana like this:

12 signs of the Zodiac in their natural order

Have a look at the table below and see how many repeating patterns you can notice. Pay attention to the elements and qualities of the zodiac and the numbering of the Minor Arcana.
Notice the patterns?


Progression of the small cards through the zodiacal year

The Zodiac and therefore the year, is divided into 360°. Each of the small cards represents 1 decan (period of 10 degrees) of the zodiac, and approximately 10 days of the year. Like before, see how many repeating patterns you can find. Also, notice how each of these patterns builds upon the last.


Assignment of the Planets to the Small cards

An important pattern to become aware of is the placement of the Planets. Starting at Leo, the planets are assigned in the following repeating order:
This is the descending order of the planetary spheres on the Tree of Life.

The Knights (Kings), Queens, and Princes (Knights) rule from 20° of one sign to 20° of the next.
The Court cards are fascinating. Notice how they bring together and mix the elemental, qualities (Cardinal, Fixed and Mutable), decan and planetary attributions.
The reason for this is the special tasks that the Court cards perform (in a Kabbalistic Universe that is). These cards are what allow the Universe to maintain itself; they were also responsible for its creation.
These are the cards that mix up all the other attributions so that they are forced to combine and interact with each other. This interaction ensures the maintenance of the Universe. Without these cards performing this function, there would be no Universe.

In the last article, Timing and Predicting when Events will Happen with Astrological associations, I suggested that the best way to learn this system was by using it.
I suggested:
Now, I would like you to start noticing the patterns. Look at how the Golden Dawn attributed astrology to the Tarot; notice the logic and rationality behind it. Recognition of these patterns will do more than just make you a better Tarot reader, it will give you a sense of the interconnection of things.